Last week I was writing about death; this week it’s birth. Two babies have recently arrived in my extended family. Tawari was born in December, to Eva and Sam; and Sylvie was born last week, to Maddy and Richard. These two seem like miracles in a family that hasn’t seen a new baby for more than 17 years. Last week I went to a family lunch where Tawari lay on his blanket and was adored by three great-grandmothers: Sue, Lena and Lois. (And the rest of us.) 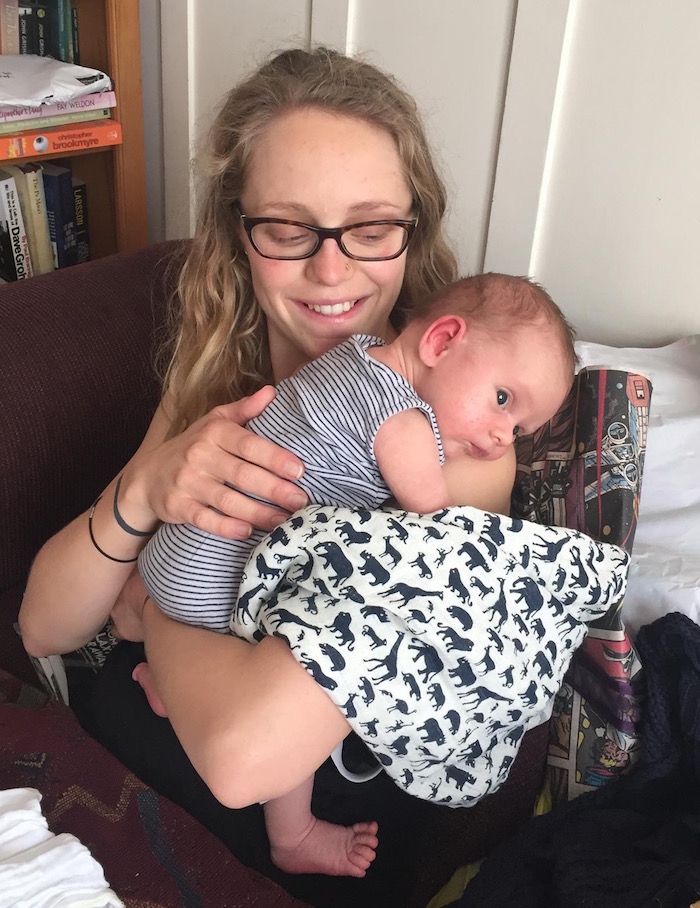 There’s something magical and miraculous about babies. If babies aren’t the meaning of life, then I don’t know what is. Children are – literally – our future.

When I first had my babies, I was pretty clueless. Like my mother before me, I thought I could just have a baby and keep going with everything else in my life. It took me a while to find my feet, but somehow my sons survived and grew into wonderful young men.

Somewhere along the way, on my parenting journey, my brain got rewired and my ideas were turned upside down. 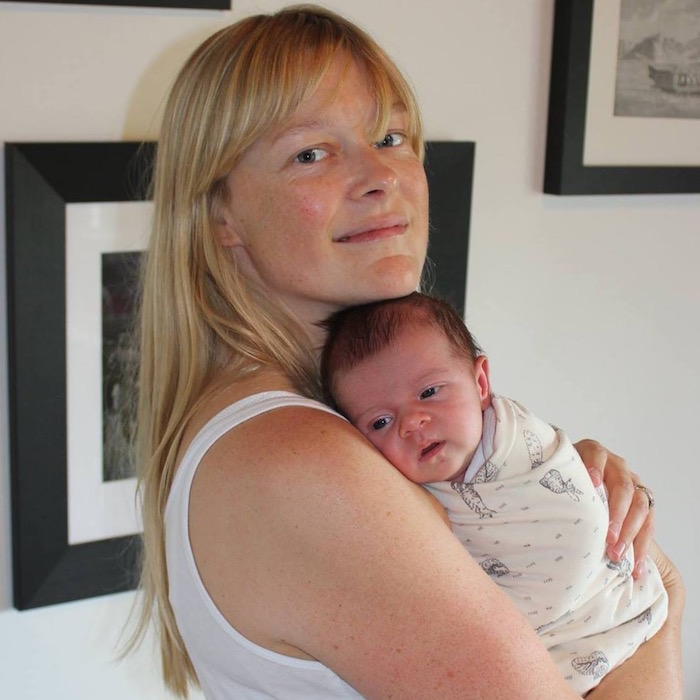 Maddy with her gorgeous daughter Sylvie.

How can babies be irrelevant?!

Here’s one thing that seems very clear to me: Our culture is just as woefully ill-prepared for birth as it is for death.

New parents get such a hard time. Our social and economic system is not set up for reproducing our species.

Our society thinks it’s normal for mothers of young babies to go into the paid workforce. For some reason it’s seen as more important to earn money than to look after children. (Unless you’re getting paid to look after someone else’s children.)

Our society thinks having children is a “lifestyle choice” that should only be made by people who already have plenty of money.

We’re supposed to fit babies into everything else we’re doing: holding down jobs, going for promotion, studying, competing, saving for retirement and everything else. Everything is set up to maximize the stress and trauma for new mothers and fathers – and that’s just the beginning.

Raising a baby is just about invisible and irrelevant in our current economic system. But the parents are blamed if anything goes wrong.

This is crazy. What are we thinking of?

A new way of being

I want to live in a world where raising children is regarded as the most important work. Imagine what might come of this! In this way of seeing things, children and babies are central to everything. 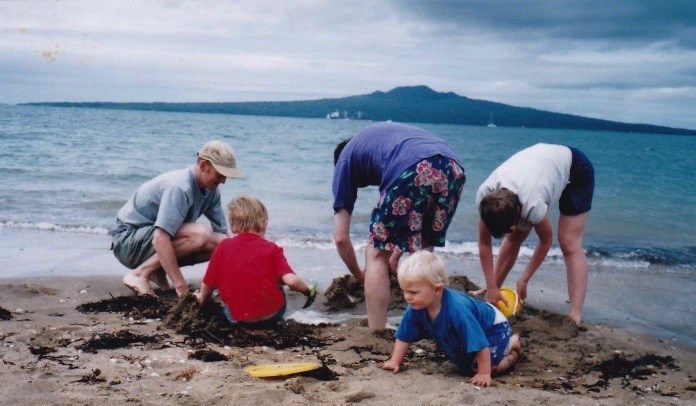 I want a world where children are central to everything.

Everything is arranged around helping and supporting new mothers and fathers to be the best parents they can be. And this way, as many of us as want to can share in caring for babies and children.

I’m not suggesting everyone has to have kids. But I think this kind of world will be a better place for all of us, whether we have children or not.

I don’t know how we start making this happen, but I want to start some conversations about it.

As the African saying goes: It takes a village to raise a child. That means you need help, support, company, family, community. You can’t do it alone. And even if you have a good, reliable partner (which I did), two of you aren’t enough either. A nuclear family is not a big enough unit to raise sane and healthy children – but it is considered the ideal by our culture.

My niece has talked about the shock and loneliness of being at home alone with her new baby. That is one of the huge flaws of the nuclear family model, where one parent has to look after children on their own. It’s no surprise that mothers (and fathers too) find this isolation stressful and traumatic. It’s almost impossible to do a good job under these circumstances.

Parenting is not boring!

I was raised in a feminist mindset, which held the view that caring for children is boring drudgery, and secondary to the “real work” that’s done in the world. To be fair to feminism, this view is also held by many other people.

This attitude is profoundly disrespectful to babies and children – not to mention the people who care for them.

Once I’d learned a few parenting skills, I started to see that the opposite is true.

Raising children is the absolute opposite of boring. I agree that it’s hard work, and you often go short on sleep. But it’s also exciting, fun, challenging and creative. No two days are ever the same. Parenting used every skill and resource I ever had and more. It was an amazing learning experience. 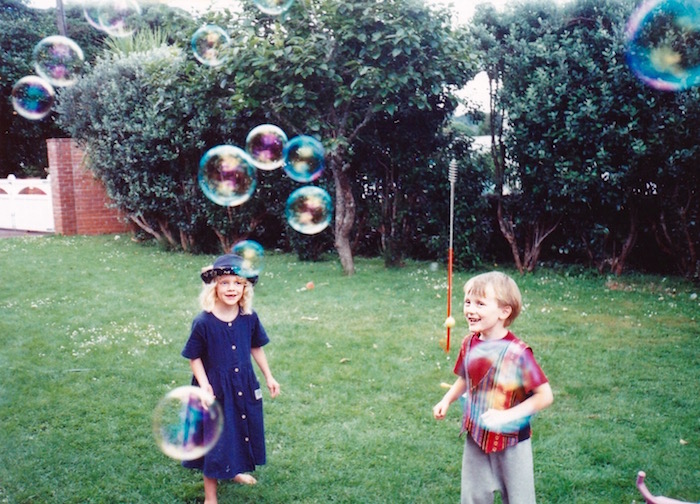 With children, life is never boring.

However, I can understand that many parents are listening to the negative brainwashing from the outside world, that devalues children. It’s hard not to. I did, until somehow I woke up.

Being respectful to children

New Zealand educator Pennie Brownlee is one person who is actively working towards helping people be better parents. The idea underpinning her book Dance With Me In the Heart is that the relationship between a baby and her mother is where we start making a difference in the world.

Pennie Brownlee points out that many standard child-rearing practices are disrespectful to children. It’s a simple, yet profound, idea.

Being disrespectful to children is so normal that it’s hard to even recognize it as such – but if it was another adult (or even an animal) it would be obvious. It’s not just about whether we think it’s okay to hit children.

If we don’t treat children with respect we can’t expect them to grow up to be peaceful, respectful people.

I think the turning point for me was when I learned to listen to my children. Initially I just thought that I needed to do the right things for them. Listening was a revelation. My kids were telling me that they didn’t like some of the choices I was making for them, and I really didn’t want to hear that! But eventually I got the message.

Playcentre – how I finally learned

Soon after I started listening to my children, we found our way to Balmoral Playcentre.

Playcentre is one of New Zealand’s great educational innovations, celebrated and admired internationally. It’s co-operative, hands-on, DIY early childhood education, based on the premise that parents are their children’s first teachers. Parents go to sessions with their children, and also attend training. Playcentre places as much emphasis on adult learning as on child learning.

And boy, did I need educating. I was pretty resistant, and it took me a while to catch on. I had some inspiring Playcentre colleagues, dynamic women and men, many of whom were already leaders in their professional fields – and they were also dedicated parents who prioritized caring for their children. It was so much fun, and it was deadly serious at the same time. 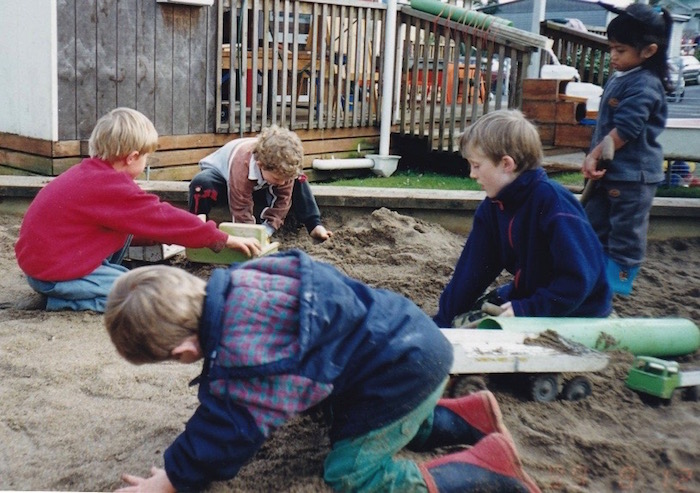 The sandpit at Balmoral Playcentre – fun, and serious work, all at once.

One of the things I had to learn was how to play. The first Playcentre workshop that I went to was called Creativity. “Creativity, humph!” I grumbled. As a musician and writer, I thought I already knew about that stuff. The experiential learning was a revelation to me, after many years of book and lecture based education. The required reading was a small, unpretentious book called Magic Places, by Pennie Brownlee, and it contained some surprising ideas that are still inspiring me, two decades later. Like – let kids make their own art. Don’t draw, make or model for them, even if they ask you to. And, find ways of talking with kids about their art without asking “What is it?” That stifles the creative process, which is how a child learns to make sense of the world. (NB this also works with adults.)

Pennie was one of the most memorable of a whole bunch of exciting teachers, educators and researchers that I encountered in the course of my Playcentre education.

My friend Anna Fairley, who is a kindergarten teacher, says Pennie Brownlee’s books are part of early childhood teacher training. But I think it’s important that parents encounter these ideas as well.

Playcentre falls between the cracks in New Zealand’s current model of early childhood education, which is basically about paid caregivers caring for the children of parents in the paid workforce. (Even the traditional teacher-led kindergarten education system is having to fight for space.)

Balmoral Playcentre, where my sons and I spent many happy hours, has closed, a consequence of Auckland house prices – families now need two full-time professional incomes to live in the area. But I am delighted to find Playcentre still going in 2016 in Hamilton. My after-school ukulele classes are full of ex-Playcentre kids. 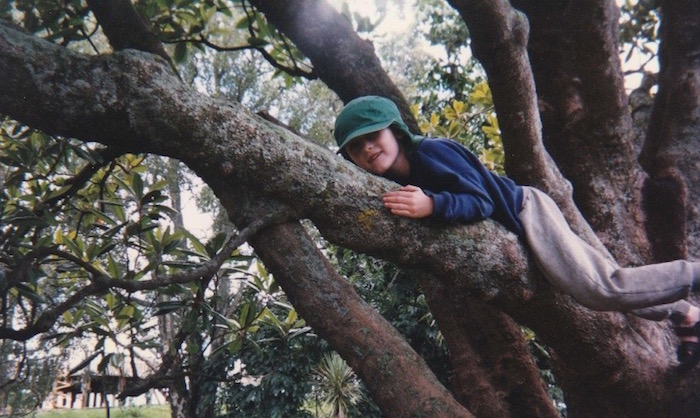 Thankyou Eva, Sam, Maddy and Richard, for bringing new life into this crazy old world, and for giving me the inspiration to write this.

Thank you to my friends and colleagues at Balmoral Playcentre, 1995 – 1999

Thankyou to my husband Matthew, for going the distance.

Thankyou to my sons, Tom and Albert, for everything you’ve taught me.

Dance With Me In The Heart: The Adult’s Guide to Great Infant-Parent Partnerships, by Pennie Brownlee (Ako Books, 2008)