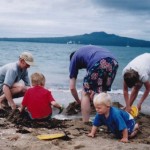 “Death is not the opposite of life. Life has no opposite. The opposite of death is birth.” – Eckhart Tolle. Last week I was writing about death; this week it’s birth. Two babies have recently arrived in my extended family.
Read More 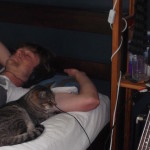 This is a post about Linny the cat, Atul Gawande, and David Bowie. “Death is not the opposite of life. Life has no opposite. The opposite of death is birth.” – Eckhart Tolle.
Read More 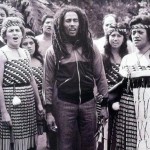 Today is my 55th birthday. It’s also Waitangi Day, the New Zealand holiday that commemorates the signing of the Treaty of Waitangi in 1840. Waitangi Day is the closest thing we have to a national holiday.
Read More

The bass player is the unsung heart of a great band. They’re standing there on stage with a huge bass guitar, and an even bigger amplifier, but hardly anybody notices what they are playing. The impact of the bass is almost subliminal.
Read More 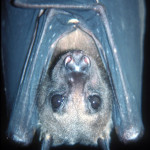 My mother, Susan Bulmer, has a bat named after her. Bulmer’s Fruit Bat, Aproteles bulmerae. It’s a giant fruit bat from the remote highlands of New Guinea. And it used to be extinct, but probably isn’t.
Read More 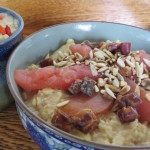 This is about my philosophy of eating. I believe food should be beautiful, delicious, interesting, creative, fun and social. Too many of us are giving away our power by not paying enough attention to what we eat and how we’re eating it.
Read More 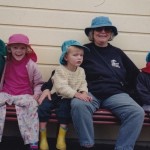 How can music improve the lives of people with dementia? Every couple of weeks I drive to Auckland to make music with my mother, Sue. It’s fun and joyful for both of us. My mother has dementia. It has been gradually progressing over the last five years – maybe longer than that.
Read More 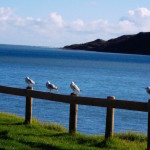 My general philosophy around food and health is to eat whole foods and naturally fermented foods, as nutrient dense as possible, and hopefully not containing too much toxic stuff. (Not always easy in the world of industrially produced food.)
Read More 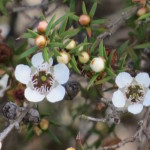 Brilliant Green is a provocative and ground-breaking book that’s been stretching my mind ever since I opened the covers. Italian biologist Stefano Marcuso, director of the International Laboratory of Plant Neurobiology (LINV), and science writer Alessandra Viola make a terrific case for plants to be regarded as intelligent beings.
Read More 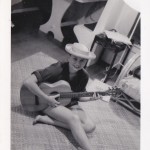 Saturday afternoon is my favourite time of the week. My ukulele group meets at 4pm. We drink a glass of wine, play ukulele and have fun. For two hours, nothing else matters.
Read More