This is about my philosophy of eating. I believe food should be beautiful, delicious, interesting, creative, fun and social.

Too many of us are giving away our power by not paying enough attention to what we eat and how we’re eating it. Food isn’t just fuel for our bodies – it can and does change our state of mind. 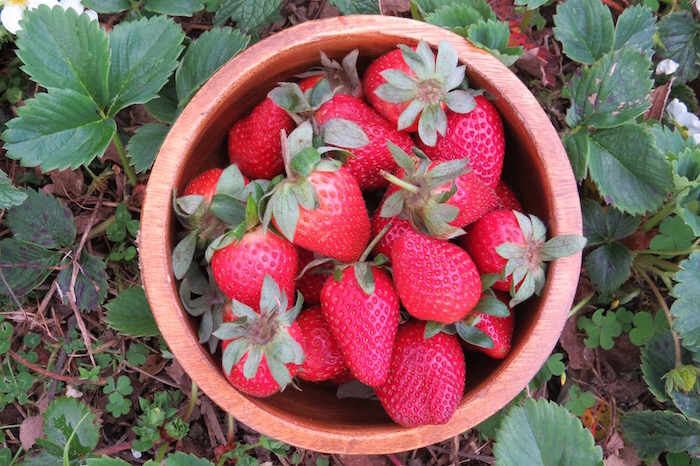 I call my approach conscious eating. I no longer follow other people’s rules. I eat fresh, seasonal, organic, locally produced, unprocessed food as much as I can. I’m lucky to live in New Zealand, where it’s not hard to buy and/ or grow good food.

Here’s what I know for sure: Food is the most delicious and interesting place to start making changes in my world. Food is a kind of activist practice for me.

I’ve collected ideas from many different people, including Frances Moore Lappe, Joan Dye Gussow, Susun Weed, Michael Pollan, Annemarie Colbin and many others. But I don’t follow any one single “food guru”.

I’m not just interested in what’s healthy, or what’s most ethical, or what’s best for the planet, although these are all important considerations.

I firmly believe that life is too short to eat crap food – and yet, most of us do.

We all have to eat at least once a day, and usually more often. We may as well make it as rewarding, enjoyable and powerful as possible. 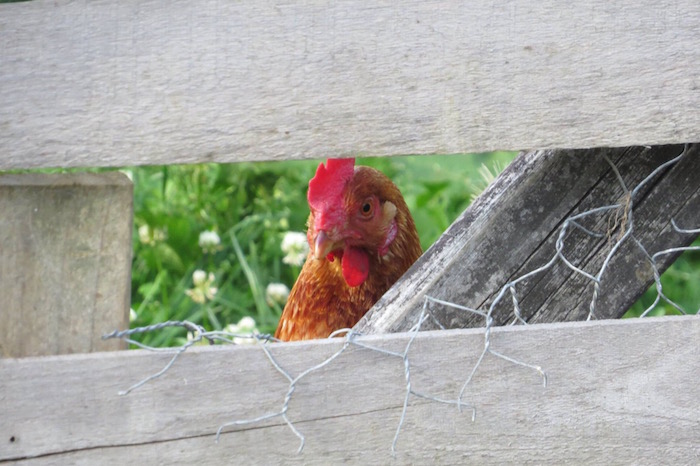 I was bemused when Michael Pollan, who has had a huge impact on my ideas about food, published a book called Food Rules. “Why do we need more food rules?” I grouched. But, many of us don’t know how to eat. That’s why there are so many books and websites selling diets.

I haven’t always known how to eat. I’ve had periods when my relationship with food was way out of balance.

I spent about ten years, from the age of sixteen, in a binge-diet cycle of disordered eating. It started when I went on a low-calorie diet at the suggestion of my well-meaning mother. I got skinny, but found myself trapped by food cravings that became a terrible, secret embarrassment. I’d eat two packets of arrowroot biscuits in one sitting, even though I would never touch them normally. And then I’d spend a couple of days drinking diet cola to make up for it, and that would make me feel even worse.

I don’t think I’m unusual – I have met other women who have similar stories.

It was a huge waste of my young female life energy for most of a decade. I finally managed to get free in my mid 20s.

This is why I don’t take eating well for granted.

Why we eat crap food

Sometimes, we eat crap food out of politeness. The other day I went to lunch with some friends and ate a whole lot of stuff that I wouldn’t normally eat, because it was on my plate and I didn’t want to seem rude. And I felt tired and sluggish all afternoon.

When we don’t know how to eat, we look for advice from experts. We’re often told by scientists and medical experts that what we’re currently eating is bad for us. But experts have often been found to be woefully fallible (or working for food manufacturers). A few years ago they were urging us to avoid animal fats and eat margarine. Now it transpires that the processed fats in margarine are actually bad for us, while unprocessed animal fats contain vital nutrients.

The “heart tick” foods on supermarket shelves may be low in fat, but they’re usually high in sugar and processed additives.

In his book In Defense of Food, Michael Pollan writes that humans can thrive on a huge range of diets – but we can’t thrive on the refined carb-heavy “standard western diet”. The American ”Food Guide Pyramid” is still recommending “bread, cereal, rice and pasta” as the basis for a healthy diet. This might mean sourdough whole-grain bread, oats, buckwheat, brown rice and wholemeal pasta, but somehow I doubt it. 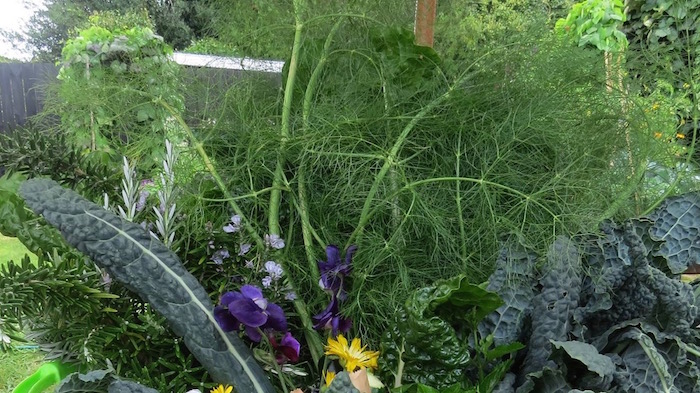 Michael Pollan says: “Eat food, not too much, mostly plants.”

I found an even better ground rule in Anna Jones’s inspirational cookbook A Modern Way To Eat. (I’ve been raving about this book to anyone who will listen, even though I’m not a vegetarian and she is.)

On page 7 she says: “Eating should be joyful.”

Anna goes on to say that food should make you feel good. This was a fairly revolutionary concept to me. Some food makes you feel good, and … some doesn’t. And it’s not just about food allergies and sensitivities, although those might be part of the picture.

How to get free

When eating the standard western diet makes you feel sick and sluggish, it can take a few weeks before you get your head clear.

For me the route to food freedom came after many years of trying many kinds of diets, healthy and otherwise.

There’s no magic bullet. The solution will be different for everyone – although the common ground will be a diet that’s not based on processed food and refined carbohydrates.

I’m an omnivore. I think it’s fine to eat animals if I show them respect and accept that I, too, am part of the food chain. I try to make sure the animals I eat have been treated ethically. I try to listen to my body. I don’t eat wheat every day, although I am partial to Volare’s traditional sourdough bread. And I enjoy Duck Island’s superb ice-cream as an occasional treat.

I find it’s helpful to narrow down my food choices. We have far too much choice with supermarket food, and our minds and bodies aren’t geared to cope with this.

I try not to put myself in the position of having to choose food when standing in a fast food restaurant, or in a supermarket. I try to stick to a list. Better still, I aim to get food from other places, as much as I can.

Preparing food from basic ingredients is one way to avoid the supermarket aisles. Eating what’s growing in the garden is another. Eating what’s available seasonally also limits choice, while maximizing freshness, flavour and nutrition.

Another important aspect of conscious eating for me is about eating as social and cultural practice. This doesn’t mean eating every single meal with others. But regularly eating with friends or family is important. It’s rewarding to share food with others.

In the 21st century many of us are disconnected from our cultural roots – I certainly am. And many of our “traditional” foods are full of sugar and white flour, like European pies, cakes and pastries.

But there are plenty of non-sugary traditional foods. Some of the most colourful and interesting are traditionally fermented foods, like sauerkraut, pickles, yoghurts and kombucha. These are all full of probiotics that restore the microbiology in our digestive system, which has been stressed by the modern western diet. I’ve found some great recipes in Wild Fermentation, by Sandor Ellix Katz, and Nourishing Traditions, by Sally Fallon and Mary Ennig.

Traditional foods can be strange to our 21st century taste-buds. I’m currently experimenting with European seaweed recipes. But I reckon a bit of challenge is a good thing. And it definitely makes mealtimes more interesting.