Like a zillion other people, I love Diana Gabaldon’s Outlander series. If you’ve never encountered Diana Gabaldon, her novels are packed with romance, feisty heroines, brave heroes, swashbuckling adventure, hot sex, and characters you’re happy to spend 700-odd pages with. Plus a bit of time-travelling to justify the plot.

The hero, Jamie Fraser, is a large part of the appeal (although not all). He’s a big, beautiful, smart, caring Scottish highlander (from the 18th century, yeah, right). In the TV series Jamie is portrayed mainly as a sex god (which isn’t incorrect). But in her books Diana Gabaldon has written him as a much more substantial character. Jamie Fraser is a great male archetype figure. A fantasy, you’d think. Men aren’t really like this, in the real world, right?

But, in my teenage years I was lucky enough to have a maths teacher who shared a lot of Jamie Fraser’s qualities. (Apart from the 18th century Scotsman bit.) He even looked something like Jamie Fraser. His name was Rory Barrett. 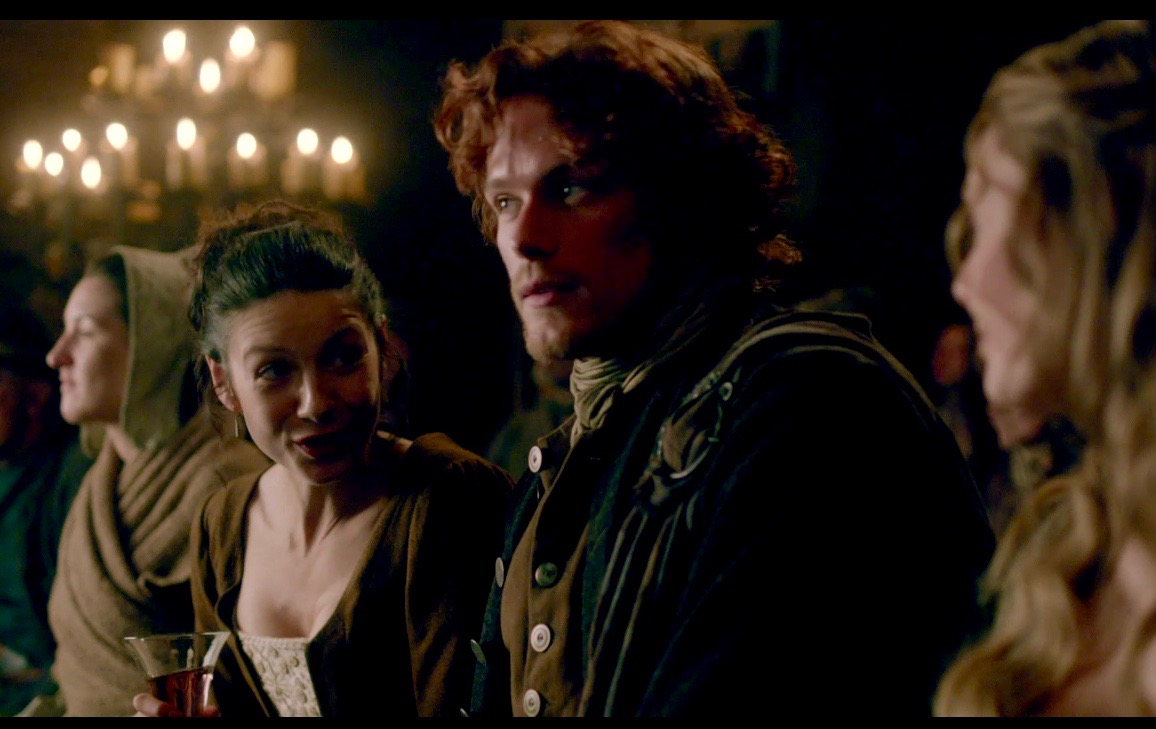 Jamie talking algebra with Clare and Laoghaire. He could have been a great maths teacher.

Mr Barrett was a shining light in my otherwise mediocre high school education. (Apologies for my ingratitude to any of my other teachers who are reading this.) He was the best teacher I ever had.

I arrived in Rory Barrett’s Lynfield College Year 11 maths class in 1976, which was his second year of teaching. He was 30 – older than us, but not from our parents’ generation.

At 16, I’d had a scattered school career involving nine school changes in three different countries. I was a miserable, alienated teenager, barely holding it together amidst the disintegration of my nuclear family. My father was spending a lot of time away; my mother was angry and scared. Plus they were renovating, so our home was a pile of rubble.

Rory Barrett was one of very few trustworthy adults in my life. At the time I was so mistrustful that it has taken me four decades to recognize this.

For three years I felt safe in his classroom, at a time when I didn’t feel safe anywhere else. 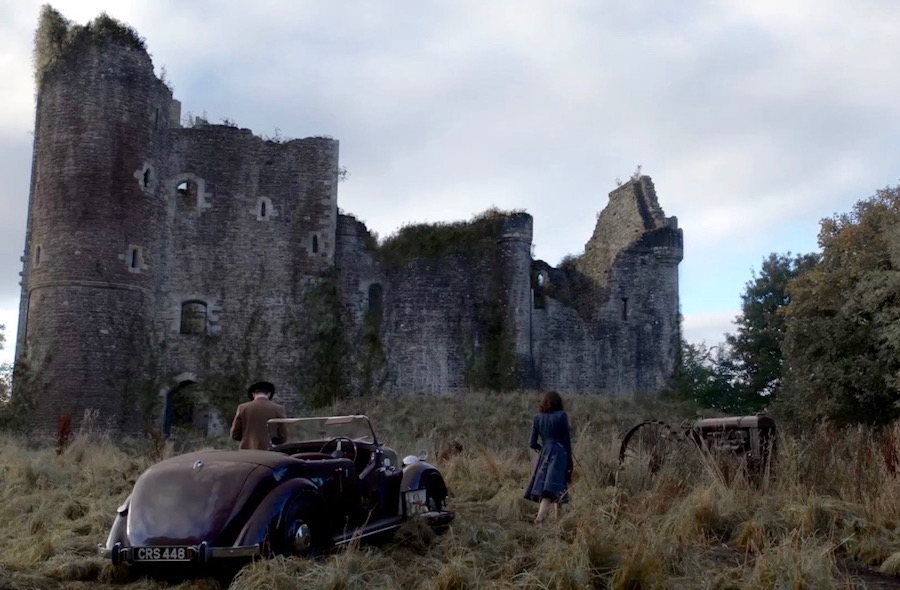 Not my high school.

The crazy thing is that I can’t even remember if he was good-looking. My mother assumed I had a crush on him, but I didn’t. My taste ran to skinny, nerdy, dark-haired muso youths. I spent two years on a hopeless infatuation for one of my classmates. I couldn’t appreciate this big man of action.

He would probably have looked great in a kilt. Instead he wore the unflattering 1970s New Zealand male teacher uniform of walk shorts and long socks.

When I arrived in Mr Barrett’s class I quickly learned he was something of a local hero – he was the New Zealand heavyweight weightlifting champion, with a bronze medal from the 1974 Commonwealth Games.

In the middle of 1976 he left us in the hands of a relief teacher and went off to compete in the Montreal Olympics. Before he left he explained to us that he didn’t expect to get anywhere because most of his competitors were using steroids. The whole class skipped school to watch the Olympics. The heavyweight weightlifting division was won by a man who looked about twice as big as our Mr Barrett (which was saying something).

Rory Barrett’s maths teaching was inspirational. Even at 16 I could tell. Most maths teachers teach to the top part of the class – those students who can easily grasp the concepts and are motivated. Rory Barrett taught everyone.

I’m not a natural at maths. I’d had a very mixed experience of maths before I got into his class. I was good at mental arithmetic, largely self-taught, in the gaps between three different education systems. I would not have been in the top percentile and I certainly wasn’t motivated or interested. The subjects that came easily to me were languages and music. But in his classroom I ended up doing better at maths than English.

Mr Barrett told us that he’d taken three tries to get through School Certificate. (I don’t know why, but he may have been a bit of a lad at 16.) But he got a first class honours degree in maths, started on a PhD, did some university lecturing – and then opted for high school teaching. I’m very glad that he did.

Rory Barrett’s teaching was a level playing field. Young women had absolutely the same opportunity to learn mathematics as young men. He taught us all with the same energy, interest and kind encouragement. I never felt I had to play small in his class. One memorable time I topped the class in the mid-year exams – overtaking the school dux and assorted other maths prodigies – and Mr Barrett was just as pleased for me as he would have been for any of the guys.

His classroom was mercifully free of teenage hassling and bantering. All of us – male and female – had our attention focused on him. He had an easy authority, which wasn’t just about charisma. He maintained firm and clear boundaries. Any fooling around resulted in young men letting off excess energy by doing press-ups on the tennis court outside the classroom.

I learned from Rory Barrett’s example that it’s important to make people feel safe when you’re teaching them new things. When people feel unsafe (which is pretty common in the average high school classroom) then it’s much harder to learn. Music and maths are equally capable of making people feel uncomfortable, which hampers learning.

In my young adulthood I had what I now understand as an undiagnosed post-traumatic stress response. (I don’t think it was even named in those days.) My body and brain responded to stressful situations with fight or flight, freeze and brain fog. It was hard to concentrate. Exams were problematic because of this. I managed to pass but I was never able to perform anywhere near what I was capable of.

When I left school and went to university, I enrolled to do a maths degree. Inspired by Mr Barrett’s example, I thought I could be a great maths teacher. But I quickly found that university maths classes weren’t comfortable places for a young woman. I felt chronically unsafe. I couldn’t concentrate.

I wasn’t surprised to hear that Rory Barrett went on to become deputy principal of Auckland Grammar School. At the time, I thought it was a pity that he was teaching boys and not girls. But I now understand that young men need good male role models as much as young women do. Maybe even more.

Tragically, at the age of 52 he was grounded by a stroke, which halted his career path. I read a magazine article written by his wife, describing how he’d had to learn to speak all over again. He got back into teaching, and spent many years as head of mathematics at Macleans High School in Pakuranga.

In later years Rory Barrett was often in the news as a critic of the new NCEA high school assessment system. His opponents portrayed NCEA skeptics as old-school dinosaur elitists. Certainly there was plenty about the old School Certificate system that needed to be updated. But the best teacher I ever knew was saying that there were serious problems with the concept and execution of NCEA.

I can’t claim I gained a lifetime of familiarity with mathematics from Rory Barrett. I never managed to connect up algebra and calculus with something I could use in the real world. When my sons were at high school I found to my chagrin that I couldn’t remember enough mathematics to be any help to them. (Luckily they both had a fair amount of maths talent.) But I did learn a lot about teaching from Rory Barrett’s great role modeling. And I am grateful for having had this one calm oasis in my turbulent teenage years.

I count myself incredibly lucky to have had Rory Barrett as a teacher.