Brilliant Green is a provocative and ground-breaking book that’s been stretching my mind ever since I opened the covers. Italian biologist Stefano Marcuso, director of the International Laboratory of Plant Neurobiology (LINV), and science writer Alessandra Viola make a terrific case for plants to be regarded as intelligent beings. 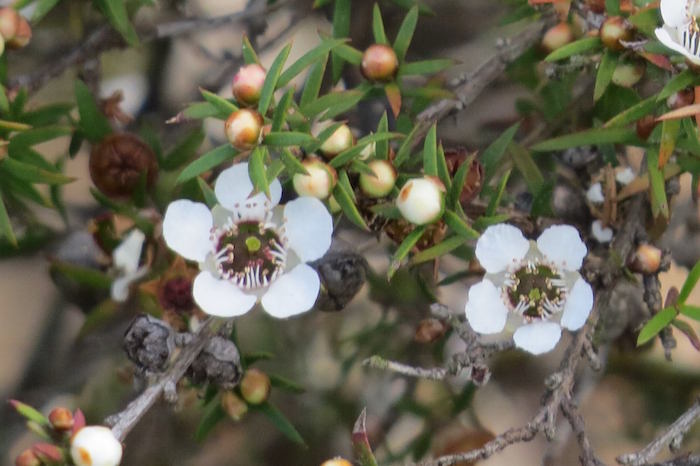 As a New Zealander who has visited some of the giant, ancient kauri trees in the Waipoua Forest in Northland, I absolutely “get” that plants can be beings, entities in their own right. To me, that seems a reasonable response after spending time in the awe-inspiring presence of Tane Mahuta (Lord of the Forest) and Te Matua Ngahere (Father of the Forest). These individual trees even have names!

But, in general, plants are regarded as pretty lowly by Western culture (when we think about them at all). We use the words “vegetable” and “vegetative” to describe someone who has conditions of life reduced to a minimum. The idea that plants are passive beings, without sensation or any capacity for communication, behaviour or movement, is strongly rooted in the scientific community and common understanding.

It’s broader than that: our supremely arrogant culture has a regrettable tendency to disregard and dismiss anything that doesn’t operate strictly on its own terms.

In my own lifetime women have been regarded as less intelligent than men. (And there are still some who claim that women aren’t as capable of understanding higher mathematics.) People from other cultures are seen as less intelligent, until they get a Western education and pass the right exams. My English grandmother, a kindly gentlewoman, never fully accepted that my father’s New Guinea highlander colleague was truly the co-author of the remarkable book they wrote together, Birds of My Kalam Country, by Ian Saem Majnep and Ralph Bulmer (Auckland University Press, 1977).

There’s plenty of non-human intelligence being demonstrated by modern science. We have Koko the gorilla, conversing in English in sign language with Penny Patterson. And beyond the primates, there are clearly many other animals capable of reasoning and problem solving, including elephants, dolphins and octopuses.

So, I’m looking at Brilliant Green in this context. Yet again, it seems that we’ve profoundly underestimated the intelligence of the world around us.

It comes down to how we choose to define intelligence, say Mancuso and Viola. If intelligence is defined as problem solving ability, then by this definition, plants are “not just intelligent, but brilliant, at solving the problems related to their existence.”

Both Linnaeus and Darwin thought plants were much more advanced organisms, with more complicated capabilities, than was conventionally believed. Darwin was particularly cautious about this – he was certain that plants should be considered intelligent organisms, but he knew stating this clearly would be stirring up a hornets’ nest, and he’d already had enough trouble dealing with the fallout from On The Origin Of Species.

The first “unshakeable belief” that we have about plants is that they are stationary – they can’t move. Plants do move, say Mancuso and Viola. It’s just that they exist in a different timeframe from humans. We literally can’t perceive the movement of plants unless we use time-lapse photography or slow-motion film.

Another strongly held belief is that plants aren’t sentient. Plants absolutely do have senses, Mancuso and Viola say. They have sight, hearing and all the rest of our five senses, plus about 15 others. If you don’t believe this, read Chapter 3 of Brilliant Green.

So, why are we so reluctant to recognize plant intelligence? Mancuso and Viola speculate that it’s because we are so utterly dependent on plants for our survival – we don’t want to think about this, because it makes us feel weak. Plants could live very well without us. But without them, we would die very quickly.

The moral implications of the information in this book are huge. We’re only just starting to fully recognize animals as having ethical rights and dignity. But it’s time we accepted that plants deserve our respect and consideration as well.

This is starting to happen: in 2008 the Swiss Federal Ethics Committee on non-human biotechnology released a document entitled “The Dignity of Living Beings With Regard To Plants: Moral Considerations Of Plants For Their Own Sake.”

In Western culture, talking to plants is one of those things that gets you labeled as a nutter. But maybe, in my lifetime, that will change. I hope so.