It took me a few weeks to get around to finally saying farewell to the Mormor rug. (See my earlier post: Coming to the end of a rug.) It felt really hard to let it go.

But in the end, taking it apart was much easier than I had expected.

I started unpicking from the centre, where the thread that my grandmother had used to stitch the braids together, more than 50 years ago, was falling to bits. 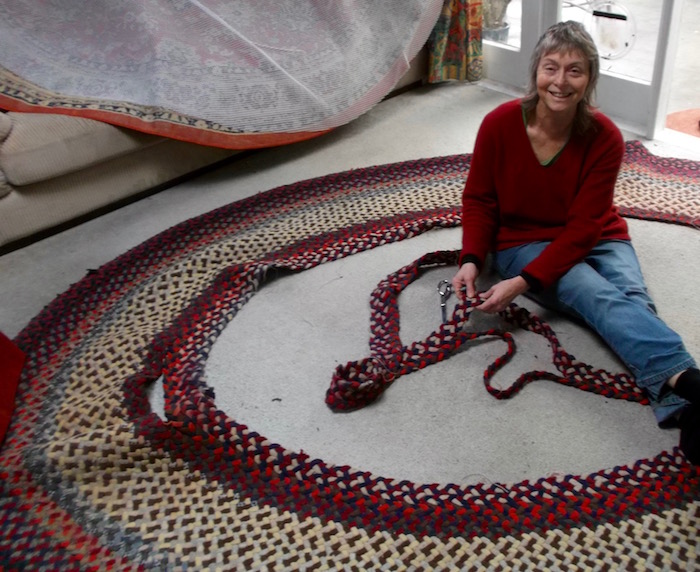 The coils came free easily. I had been planning to save some, to remake into small rugs to pass on to the next generation. But as I handled the heavy braids, it became obvious that most of the fabric was also very threadbare. There were only a few pieces worth saving. The rest will be mulch under the apple and plum trees. Thank you, Mormor, for this beautiful gift. 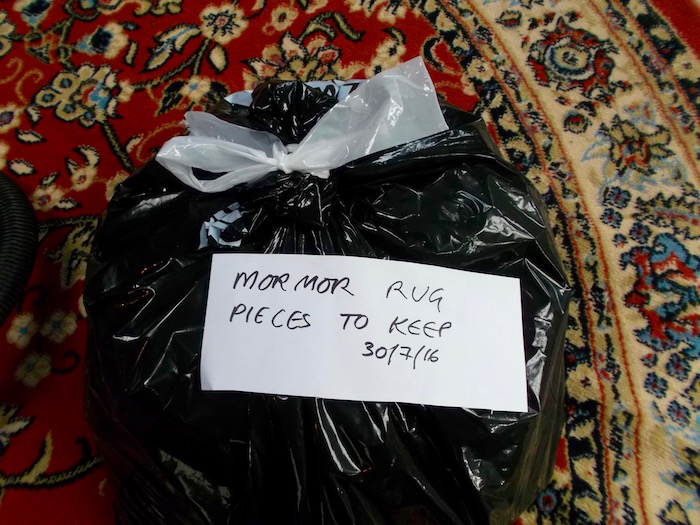 A few pieces to keep and re-stitch one day.