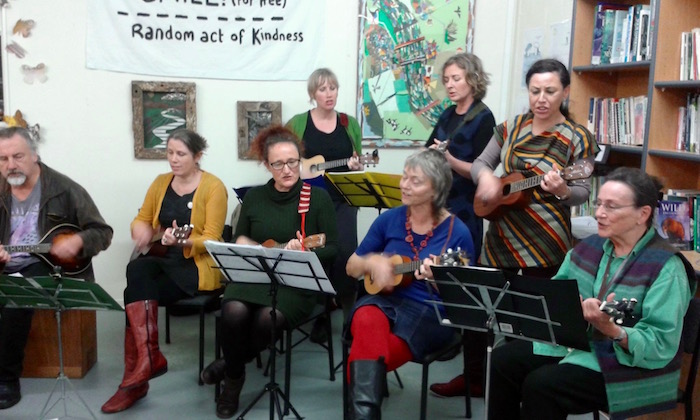 Niki Harre’s book Psychology for a Better World is about how to make sustainability sustainable. “The bottom line is that as change agents, if we don’t offer people happiness, they won’t be attracted to what we do, and they won’t stick with the activity we’re offering,” she says. She demonstrates why this is important, and suggests ways to head in this direction.

In Psychology for a Better World, Niki Harre (yes, she’s Laila Harre’s sister) brings together her professional life as an associate professor of psychology at Auckland University, with her personal life as an environmental activist. 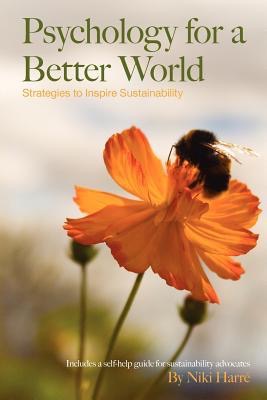 We not only can, but we should be having fun while we’re working to make a better world, she says: “There is little point in creating a brighter future if the process of doing so does not enrich ourselves and those around us here and now… We also owe it to each other to make the present as good as possible.”

This is one of the most interesting books I’ve read in years. It contains a treasury of important insights.

I’ve long been concerned and frustrated by the burnout and disillusionment that seems to be inherent in social activism of all kinds. Those of us who want to change the world expect to keep going for altruistic reasons, while other people seem free to act out of self-interest. Why can’t social change activists have fun too? This is an idea that hasn’t been heard since a brief flourish in the hippy days of the 1960s.

This book isn’t exactly an activists’ handbook, although it has elements of that. Instead it offers a theoretical underpinning for environmental activism, based on current social psychology research. Niki Harre critiques the standard model, which focuses on defining problems and looking for solutions, quoting research that suggests this can even be counterproductive.

It’s not an easy read – it’s densely written, tightly referenced and self-published (i.e. the layout and editing is basic). But it’s absolutely packed with insights about the interface between personal activism and sustainability. I think Niki has put her finger on some important pieces of the puzzle.

Some practical activists will ask why we need theory to tell us what to do. But at this point in human history we are beset by a huge range of challenging problems: climate change, peak oil, overpopulation, declining water quality, terrorism, etc, which aren’t being solved by traditional means – government, science, technology, legal structures, etc. New approaches are needed.

Marketers and propaganda machines have been profiting from the insights of psychology for the last hundred years, to make people buy stuff and do what governments want us to. It’s about time we started using psychology to figure out how to make the world a better place – and have fun while we’re doing it.

This book won’t give you tips on recycling, as Kim Hill commented in her trademark acerbic tones when she interviewed Niki on RNZ. It’s aimed at the converted – those of us who already “get” the need for social change and environmental activism.

Positives rather than problems

Most current debate on social or environmental issues tends to focus on problems – naming them, describing them and then looking for solutions. The problem (haha) with this approach, Niki says, is that it invalidates any attempts to see the problem differently.

There is no one solution to the environmental and social problems that we face, she says. “The world is going to be saved by lots and lots of people doing lots and lots of different things.”

She defines sustainability as a collective, social enterprise aimed at new ways of managing ourselves.

Willpower is a non-renewable resource

In possibly the most fascinating and useful idea in the whole book, Niki states: “Willpower appears to operate like an energy source – each of us only has a limited amount and we can use it up.” Willpower should be used sparingly, she says. “… it is not a state that humans are capable of maintaining for long periods of time. … It has its place, but only in small doses.”

The implication (as I understand it) is that willpower is being unsustainably over-used in our culture. We need to find other ways of motivating our social and environmental activism (and probably everything else in our lives too), or we will run empty, burn out.

Rather than running on willpower, Niki advocates finding ways to connect to flow, as theorised by Czech-American psychologist Mihaly Czikszentmihalyi. Flow is defined as a state where people are so involved in an activity that nothing else seems to matter. Flow is a great motivator. And it’s also important because people in flow states don’t need money and material goods to keep them going, she says.

All of us need to find ways that hook us into flow. It will be different for everyone. It’s often in the activities that we feel particularly passionate about, or enjoy. For example, I can often find flow when cooking, making music and gardening – but I’ve also found it sometimes in group participation, and even cycling.

Niki’s suggestion: “If we want people to give their best, then we must create, or allow, people to create, suitable opportunities to further sustainability using passions and talents.”

The case for happiness

Niki quotes research showing that happiness brings out a range of helpful qualities in people, including creativity and problem solving; co-operating; and openness to change. She also suggests ways for sustainability activists to head in this direction.

Niki quotes research suggesting that positive emotions tend to broaden our sense of what we can do, while negative emotions, e.g. anger or fear, narrow it. Positive emotions seem to improve people’s ability to handle threatening information, and they help us to negotiate and integrate with others. When people feel good about themselves, they may be willing to consider change.

However, there’s a possible downside – positive emotions can also make us less likely to see threats or problems.

Negative emotions can be helpful in recognising threats and problems if information is new, but not if concern is already high. And when people feel guilty and vulnerable, they shut down to protect themselves.

Another interesting section focuses on the importance of role modelling sustainable behaviour.

People imitate each others’ behaviour, consciously and unconsciously. It’s a lot easier for most people to copy actions than to follow instructions. Also, people tend to copy what they think is normal behaviour. Endlessly repeating negative stories has the effect of breathing life into “tales of terror”, to the point that they seem normal and inevitable. “It’s a dangerous tactic for a species set up to imitate,” says Niki.

We can also work positively with people as social imitators. We can make visible those behaviours that we think will be part of a flourishing future, she says. She gives the example of carrying her cycle helmet to her office instead of hiding it in a locker.

There’s much more that I haven’t included here, including a fascinating section on the moral domain, which is an important driver of behaviour, and a chapter on how storytelling helps us imagine a positive, sustainable future.

This important book deserves a wider readership. Niki Harre’s ideas will be hugely valuable to anyone interested in sustainable social change activism. But it could be a lot more reader-friendly. I’d love to see a “popular” edition, with tighter editing and better layout, from a mainstream publisher.

Psychology for a Better World: Strategies to inspire sustainability, by Niki Harre 2011

Or you can buy a print copy for $20 from the Living Economies bookshop.

I found a copy at Hamilton City Library.

Here’s a link to Niki Harre’s Youtube talk about her book.

And here’s a link to the RNZ Kim Hill interview.